Changes made to building A in the Koskela Hospital area’s historic cultural environment.

The first floor of the hospital, built in 1910, was converted for use as a daycare centre. About 80 children from the Tammi daycare centre were the first to move into the facility. In the future, the space will be used in turn by all Helsinki daycare centres that need temporary space.

The floor plan was modified to meet daycare centre needs. The central lobby and corridor extensions have a combined cafeteria, a play area and a common area, where children’s coat racks are also located. Former patient rooms were converted into group areas. A new cafeteria kitchen and a playground were also built. The spaces were completely renovated, with surfaces, fixed furnishings, electrical and HVAC installations replaced. Special attention was paid to acoustics and a pleasant central corridor. 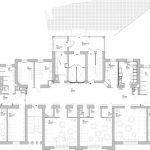 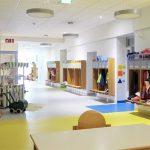 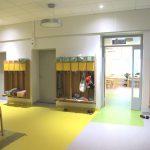 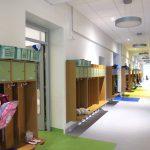 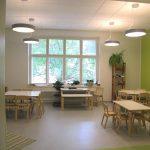 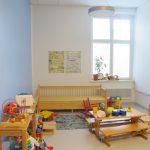